Home › Football › How fair is youth sport and is it helping our children? Understanding relative age effects in sport.

How fair is youth sport and is it helping our children? Understanding relative age effects in sport.

Posted on December 5, 2013 by Gert-Jan Pepping — Leave a comment

How can an apostle, a greek sculpture and his creation shed light on the (un)fairness that our children are surrounded by when they take part in their favourite sport. Here’s a great paper I think any parent, and trainers and coaches (not to forget sports scientist!) involved in youth sport development needs to read. 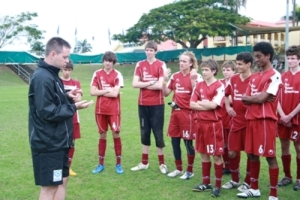 In youth sport development our children are faced with many in equalities which can sometimes have disastrous results on our children’s fun and motivation to participate. An important source of some  of those inequalities is caused by the so-called relative age effect in sport. Get to know Matthew, Pygmalian, and Gallatea and understand where relative age effects in sport come from, why they should be overcome and prevented, and how we might be able to do this.

Youth sports are often grouped into annual age bands. The idea is that kids play with children their own age, which should be a be a good thing right? Not many parents know though that these age bands, in combination with our modern day selection and elite performance focus result in major inequalities and unfairness for our children. It turns out that youth born early in their age bands have (sometimes quite large) participation and performance advantages compared to youth born later in the age bands. This advantage was termed the relative age effect and it exists in many sports, including football. Research on the effect show that the phenomenon is rampant and that it creates inequalities that are difficult to manage.

As a parent of course we are extremely proud when one of our children is ‘seen’ by a coach or trainer and identified to have ‘talent’, whatever that might be (for some reflections see here). It’s interesting to know though that not all kids that end up in the top selection- or talent-teams also end up being the super stars of the future. Contrary to our intuition and expectation, in fact, research has shown that identifying and training talented young athletes tends not to result in elite adult sport participation. For instance, it was shown that in sports like football, swimming and judo only one-third of pre-junior international athletes were reselected as senior international athletes.

The authors of the article that I think you should read therefor justifiably argue that sport should be considered in terms of long-term talent development, whereby parents, coaches, and trainers alike are not overly concerned with short- term goals such as winning. And getting to know Matthew, Pygmalion, and his creation Galatea might help us do this. I will give a brief introduction here, but please read the whole article.

For unto every one that hath shall be given, and he shall have abundance: but from him that hath not shall be taken even that which he hath.

According to the article it all starts with the parents and the above quote from the apostle Matthew (Matthew 25:29, King James Version). In sociology, the Matthew effect reflects the phenomenon, that ‘the rich get richer, and the poor get poorer’, and more relevant to sport, the idea that initial advantages  beget further advantages. Children, particularly in popular sports such as association football, enrol in sport at early ages. This enables children to acquire early skill advantages compared to other children of the same age who may enrol one or two years later. These initial advantages are Matthew effects. While children might influence enrolment decisions, ultimately, they are determined by parents.

If men define situations as real, they are real in their consequences 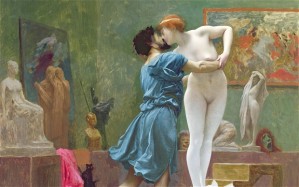 Next, according to the article, the idea that any new behaviour is grounded on beliefs, be they true or false, kicks in. Although not without contention, very powerful social psychological research has shown that false beliefs have the power to result in new behaviour that can make the previously false conception come true.

For instance, research in education has shown that teachers that were erroneously informed that certain children were gifted, while others were not led to unconscious preferential treatment for the gifted children. In fact, the gifted children were randomly chosen and the preferential treatment from teachers led the so-called gifted kids to outperform the other children. In other words, the teacher’s false belief made the previously false conception of giftedness come true. This effect is called the Pygmalion effect. Pygmalion is a legendary Greek mythical figure; a sculptor who fell in love with a statue he had carved, Galatea. In sport, the Pygmalion effect states that if a coach or trainer thinks a child will succeed, they are more likely to succeed. The Galatea effect, which is also studied, states that if a child thinks he will succeed, he is more likely to succeed.

Pygmalion effects are typically generated from power relationships, such as those that exist in youth sport between coaches/trainers and athletes. Most youth team sports have try-outs where coaches test skills and evaluate gameplay. But even before selections, coaches and trainers frame expectations that persist during the try-out. It is not known on what basis coaches make selection decisions, but it has been  speculated that coaches might make selections and determinations of talent based on physical maturity rather than skill or potential. As such, Pygmalion effects falsely based on physical maturity might lead to higher expectations for relatively older children, elucidating why relatively older athletes succeed. 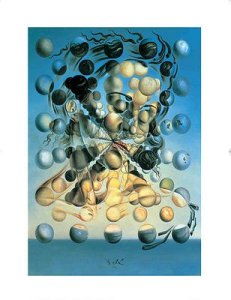 Similarly, when athletes are selected to elite teams based on physical maturity rather than skill, this would create the false self-beliefs in relatively older athletes regarding their sport skills, which initiates the Galatea effect.

Curbing the negative consequences of relative age effects in sport on the motivation of to participate of children is not an easy task. More science on how coaches make their decisions when they perceive skill and select players is badly needed.

Obviously, in sport, coaches and trainers will always have expectations for athletes. Also, whilst it can be thought that improved self-confidence as a result of Pygmalion and Galatea effects, expectations based on false beliefs will perpetuate unfair advantages. Surely this is not good, in particular when it concerns those kids that are not selected simply because they were born in the wrong month of the year. It seems logical that this results in large participation drop outs, particularly in sports clubs that have a selection culture, not to mention the effect it has on the psychology of those kids that are selected on these false beliefs (more the possible consequences here).