Home › Science General › Emotions In Sports Are Expressed By Whole Bodies, Not Only By Facial Expressions

Emotions In Sports Are Expressed By Whole Bodies, Not Only By Facial Expressions

Posted on December 4, 2012 by Gert-Jan Pepping — Leave a comment

If you think that you can judge by examining someone’s facial expressions if he has just hit the jackpot in the lottery or lost everything in the stock market — think again. Researchers at the Hebrew University of Jerusalem and at New York University and Princeton University have discovered that — despite what leading theoretical models and conventional wisdom might indicate — it just doesn’t work that way. 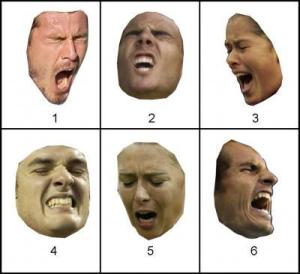 Rather, they found that body language provides a better cue in trying to judge whether an observed subject has undergone strong positive or negative experiences. 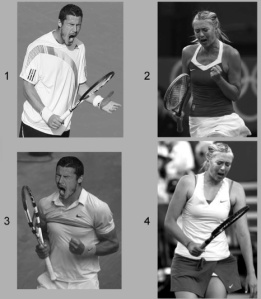 Examples of original images of players (1) losing or (2) winning a point. The same faces combined with incongruent-valence bodies such as (3) a losing face on a winning body and (4) a winning face on a losing body. [All photos credited to a.s.a.p. Creative/Reuters]

In a study published this week in the journal Science, the researchers present data showing that viewers in test groups were baffled when shown photographs of people who were undergoing real-life, highly intense positive and negative experiences. When the viewers were asked to judge the emotional valences of the faces they were shown (that is, the positivity or negativity of the faces), their guesses fell within the realm of chance.

The study was led by Dr. Hillel Aviezer of the Psychology Department of the Hebrew University, together with Dr. Yaacov Trope of New York University and Dr. Alexander Todorov of Princeton University.